Did you know that there’s now a procedure that can permanently get rid of body fat without the need for surgery? CoolSculpting – as the trending procedure is referred to – is touted to be the next big thing in the medical realms thanks to its non-invasive and non-surgical nature. How does coolsculpting work exactly? In a nutshell, the procedure works at removing the extra fat from your body by freezing fat cells beneath the skin. Just last year alone, CoolScultping treatments increased by a whopping 823% and for good reason.

A while back, scientists at Harvard University discovered that a good number of kids who ate popsicles often end up with dimples in their cheeks. They realized that the popsicles were actually freezing the pockets of fat cells to death and hence the occurrence of dimples. The insight that freezing conditions can effectively target fat cells without necessarily damaging the human skin or inner tissues was the main idea behind Cryoliposis® – the science behind CoolSculpting.

How Does CoolSculpting Work? 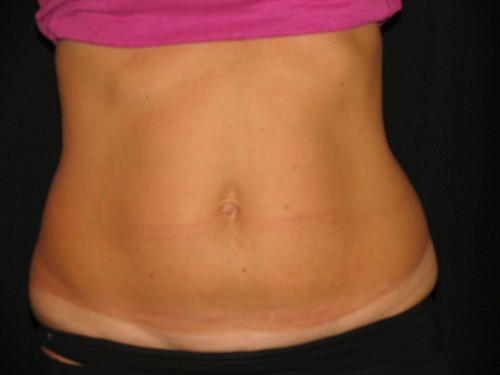 “coolsculpting SimplySkin after” (CC BY 2.0) by Towne Post Network

The science behind CoolSculpting is quite simple as you may have gathered from its origin. The procedure – cryolipolysis works by simply placing a chunk of body fat in between two cool panels, prior to freezing the cells to death. According to a study, a single procedure can reduce the treated fat layer by a whopping 25%, which is much more than one would expect. Moreover, the results were visible six months down the line following treatment.

One may ask how the dead fat cells are excreted and it’s simple. Within a few weeks following treatment, the frozen cells are flushed out of the body through the liver, resulting in full fat loss just less than three months.

The best part is, CoolScultping can be used to treat several parts of the body including the lower back, thighs, sides, belly and arms. It is also quite effective at reducing cellulite on the buttocks and legs. While a standard procedure may take an hour on each targeted body part, you may need to take a few more sessions for full results. At first, one may feel a tingling sensation in the skin, but once the treated area gets numb, you won’t be able to feel anything

What Happens After CoolSculpting?

As earlier mentioned, the frozen fat cells don’t get flushed out of your body immediately, but rather, crystallize and die prior to getting removed by the liver within a few weeks. How effective the procedure is and the results thereafter will vary from person to person depending on a number of factors. Some patients may notice great change just after a session or two while in others, the slimmer waistline or thigh circumference may take longer.

Generally, though, the results may take up to three to four months to become visible for all to see. The primary difference lies in how fast your body can be able to flush out the cells. The upside is, the results are permanent being that once the cells are gone, they are gone for good.

Read: How much weight can you lose in a week : 5  Factors you need to know

Worth noting is, CoolScultping isn’t for everyone. Contrary to what you may think, the procedure isn’t for the obese or patients seeking to lose a large amount of weight. In a nutshell, it is not a weight loss treatment, but rather, a means of sculpting you body to perfection.

In fact, you will be surprised to know that the amount of fat lost through the procedure isn’t enough to make a significant stride on the scale. You are advised to first lose unwanted weight through exercise or other means, prior to considering the treatment. Consider it as the final touch to your weight loss quest. Once you’ve worked hard to get rid of the extra pounds, the procedure then helps you rid off unwanted fat on stubborn, target areas for perfection.

Your skin quality can also determine whether or not CoolSculpting is for you. Since you lose a few inches of fat on target areas, your skin should be able to bounce back after the fat loss and not droop or hang. In short, you skin’s elasticity plays a lead role in determining whether or not you’re eligible. Finally, you should be in good overall health in order to be eligible. Those with chronic ailments or untreated conditions shouldn’t be considered for the procedure, for obvious reasons.

Is CoolSculpting Worth It?

While the procedure won’t make a huge impact on the scale, the results can be dramatic if successful. Trimming a few inches from the thighs and buttocks can have an immense impact on your comprehensive physical look. However, the procedure is only effective with proper planning and the perfect doctor to follow through.

As earlier mentioned, you’ll need to take several sessions for you to achieve the desired results. It does, however, have numerous benefits over, say, liposuction. Just to name a few, the procedure is non-invasive, non-surgical and more importantly, requires no recovery time.

In fact, you should be able to drive yourself home right after the procedure and return to your busy schedule immediately. It is advisable to consult your doctor on the pros and cons of CoolScultping your body and see whether the procedure is for you.

How Much Does CoolSculpting Cost?

The total investment for sculpting your body through Cryolipolysis is pegged to a number of factors such as where you live, the targeted treatment areas on your body, your goals and number of treatments involved. If you are like most patients, you’ll want to treat several parts of your body and the cost for this may range anywhere between $2000 and $4000. Worth noting, though, is this cost is for a personalized treatment procedure involving several body parts and sessions.

Similar to all medical procedures, CoolSculpting is FDA tested and has been cleared for treatment of visible body parts such as the abdomen, flanks, thighs and submental area. In a nutshell, it has been proven to be safe and effective and while at it, morphed into the leading non-invasive fat reduction procedure worldwide.

Does the Procedure Have Any Side Effects?

As earlier mentioned, you may feel a mild, tingling sensation during the procedure and this emanates from the freezing conditions meant to kill the fat cells beneath your skin.

Once the treatment area becomes numb, the pinching stops meaning you’ll not feel anything thereafter. Once the procedure is done, you may experience some swelling, bruising, skin sensitivity and redness, which are all typical side effects of most medical procedures. The effects will, however, resolve within a few days or a week at most.

In Conclusion:
In a nutshell, it’s not that hard to see why CoolSculpting is currently trending as the leading fat reduction procedure of the decade. You don’t have to worry about taking supplements, enrolling for exercise programs or dieting once you’ve undergone the procedure.

In short, you won’t have to change any of your enjoyable lifestyle habits once you are done. Sure, many patients usually get motivated to lead a healthier lifestyle after undergoing treatment and that’s normal. If you are looking for a second lease on your body, CoolSculpting is certainly your safest bet and in fact, the only non-surgical, non-invasive solution. 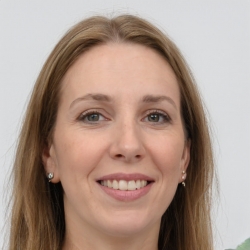