Sex and the prostate are widely discussed, and experts have directly linked them while examining how they influence each other. One area these discussions have circled the most is whether or not an enlarged prostate can cause erectile dysfunction (ED).

While there’s so much going on around this theme, and scientists are trying their best to offer more proof, can an enlarged prostate cause erectile dysfunction?

This article helps you clear any doubt about whether or not an enlarged prostate can lead to erectile dysfunction.

What Is Erectile Dysfunction and Its Link to the Prostate?

Erectile dysfunction (Also impotence) is a condition in men that makes it challenging to maintain an erection. The aftermath is lower sexual performance and less enjoyable sex due to the inability to penetrate.

This condition affects almost half of the men over 40 years, but it’s verifiable that younger men can still be in the mix. People have linked this condition to a malfunctioning prostate, a gland that helps with hormone synthesis and semen production.

Some medical practitioners believe no direct link exists between an enlarged prostate and ED. However, they agree that prostate problems could lead to men having erectile dysfunction due to the medications used.

But are medications alone the reason most men deal with impotence? Perhaps not, since it’s beyond doubt that inflammation resulting from more severe causes, including prostate cancer and prostatitis, can.

Most medications used to treat prostate problems, such as benign prostatic hyperplasia (BPH), seemingly contribute to the problem. The condition only inflames the prostate and enlarges it without causing any possible complications. But what is it, and what are its symptoms?

What Is Benign Prostatic Hyperplasia (BHP)?

Benign prostatic hyperplasia is a non-malignant enlargement of the prostate and mainly occurs in older men. This condition usually causes uncomfortable symptoms in the urinary tract and can interfere with urine flow.

If not taken care of early enough, BHP can culminate in kidney issues that can be challenging to deal with. Most BHP symptoms are often a sign of a compromised urinary system, which include:

How are Benign Prostatic Hyperplasia Medications Bad for Your Sexual Function?

While overwhelming evidence suggests that men can hardly acquire erectile dysfunction from a compromised prostate, it’s beyond doubt that some medications used to treat it can. Medicines that treat BHP, including Proscar, an anti-testosterone, can cause erectile dysfunction. one Havard University publication claims that this drug causes ED in 3.7 percent of men and reduces their urge to engage their partners in sex among 3.3 percent of men.

But, it doesn’t always stop at that since BHP medication that fails to help some men might prompt them to undertake surgical treatment. That can be compromising and detrimental to their sexual performance since this alternative treatment can lead to erectile dysfunction. Please note that BHP alone isn’t why men might experience erectile dysfunction, but a few other causes can play a part.

Prostate Problems that Directly Link to Erectile Dysfunction In Men

While BHP may notoriously connect to ED in men, it’s not the only problem causing an enlarged prostate that plays a part. Other conditions that inflame the prostate, including prostatitis and prostate cancer, significantly contribute to erectile dysfunction. But how do they result in that?

Prostatitis occurs in several forms that vary in degree of severity. This condition usually results from a bacterial infection, which often enlarges the prostate without causing further complications.

More extreme levels, including chronic prostatitis, may result from an infectious agent. While mild prostate prostatitis may not result in erectile dysfunction, it may interfere with sexual performance by jeopardizing your sexual pleasure. Chronic prostatitis, however, causes ED directly.

Prostate cancer is a severe male condition that occurs due to malignant tissue developing on the prostate. Prostate cancer can inflame this gland and directly contribute to erectile dysfunction. This condition results from various causes, including age, race, family history, and obesity.

According to a study, prostate cancer can also be why men battle with psychiatric issues due to compromised sexual performance, which contributes to erectile dysfunction.

The body responds to prostate cancer treatment as your muscles, nerves, and blood vessels get affected. Moreover, some treatments may diminish your libido and reduce your urge for sex.

Other Prostate Inflammation Causes That May Cause Erectile Dysfunction

Prostate inflammation may occur due to numerous causes, not just prostate cancer, BHP, or prostatitis. While some may not be incredibly severe to result in an enlarged prostate and cause ED in men, some can. Here are the various prostate enlargement causes and how they contribute (or don’t) to erectile dysfunction. Also read: What is the leading cause of prostate problems?

HIV/AIDS usually paves the way for opportunistic diseases, and your prostate may be at risk. While prostatitis may be the notorious cause of prostate inflammation and enlargement, a compromised immune system is enough to predispose you to this condition. Bacteria and viruses may attack your prostate when it’s vulnerable and inflame it. However, erectile dysfunction only occurs depending on how severely your prostate is affected.

A urinary catheter is a tube that your urologist inserts in your urinary system to facilitate urine drainage. Surgery often uses them to alleviate a compounding urinary issue, especially if you find it difficult to urinate naturally.

This surgical treatment is more practical for helping you deal with prostate cancer and other complications. However helpful they are, these tubes can get stuck in the urogenital diaphragm and prostate, causing inflammation and enlargement.

Urinary catheters need handling by a qualified doctor; otherwise, they can lead to prostate inflammation. Nevertheless, it’s fair to say that complications resulting from urinary catheter surgeries may not be incredibly severe to cause erectile dysfunction in men. If so, it should indicate profound intrusion and damage to your prostate, and you should seek immediate medical help. 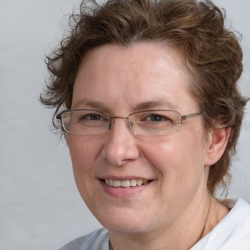 Lisa Johnson
Content Editor In Chief at Geeks Health
Lisa is our content editor in Chief.A science writer and Former yoga teacher in Long Island, New York. Her work has appeared in print and digital publications, including Geeks Health. Originally from a small town called Uvalde, Texas. Lisa lived in Los Angeles, San Antonio. When she’s not reading or writing, Lisa is often traveling the world. Visit Her About Page