Before we can learn what causes diabetes first we need to understand  what diabetes is exactly. It is a chronic, fatal and debilitating disease that prevents your body from producing insulin or prevents it from using the insulin produced. Insulin is a hormone responsible for controlling the glucose/sugar level in the blood.

As a consequence of this disease, patients suffer from high blood sugar levels, leading to the damage of blood vessels, nerves and organs. This is because your body requires insulin to utilize sugar as a source of energy.

This type of diabetes occurs after a human immune system attacks and kills the beta cells in the pancreas by mistake. As a result, little or no insulin is released to the body. Consequently, instead of sugar being used as a source of energy, it builds up in the blood. Over half of the people who suffer from diabetes have the type 1 diabetes, although it mainly develops in childhood or during adolescence.

Type 2 diabetes occurs when your body is not able to use the insulin released in the proper way, also called insulin insensitivity. Sugar build up in the blood as opposed to being used to produce energy. This form of diabetes mainly develops among adults.

Type 2 diabetes is managed through meal planning and physical activity and may also be treated using medications and insulin to control the blood sugar.

Gestational diabetes is a temporary condition that takes place during pregnancy. The condition affects about four percent of pregnant women and pre-disposes both the mother and the child to the risk of contracting diabetes.

HOW TO CURE DIABETES – 10 FACTS THAT YOU DID NOT KNOW

10 BEST HOME REMEDIES FOR DIABETES TO STABILIZE YOUR GLUCOSE

What is the Symptoms of diabetes

Having the following symptoms may mean that you have diabetes, although the symptoms could be brought by other causes different from diabetes.

WHAT CAUSES DIABETES AND HOW TO CONTROL  YOUR DIABETES

Type 1 diabetes occurs after the immune system attacks and destroys the cells that produce insulin, also known as beta cells. Environmental and genetical factors like viruses trigger the disease.

Physical inactivity pre-disposes you to the risk of contracting diabetes because it causes obesity and overweight. Insulin resistance may be as a result of overweight and is common with people suffering from type 2 diabetes. Excessive belly fat leads to insulin resistance, causing blood vessel and heart diseases.

Type 2 diabetes starts with insulin resistance, a condition that makes the liver, fat and muscle cells to use insulin inadequately. Your body thus requires more insulin to assist glucose in entering the cells. The pancreas becomes unable to make insulin, leading to a rise in the blood glucose level.

Hormonal changes during pregnancy may cause gestational diabetes, along with lifestyle and genetic factors. The placenta also produces hormones that cause insulin resistance, increasing the risk of contracting diabetes.

Monogenic diabetes is mostly caused by changes or mutations in one gene. The changes are passed over families, although the mutation may also happen in isolation. Mutations reduce the ability of the pancreas to produce insulin, causing diabetes. Cystic Fibrosis lead to the production of thick mucus, causing scarring of the pancreas. Scarring prevents your pancreas from producing enough insulin. Hemochromatosis makes your body store excessive iron, damaging the pancreas.

Diseases such as trauma, pancreatic cancer and pancreatitis harm the beta cells, making them unable to produce insulin, something that causes diabetes. Removal of a damaged pancreas means that diabetes is more likely to occur because the beta cells have been removed.

Diabetes is a condition that is easy to prevent. Keeping the blood sugar level within the recommended range is the only thing you should do. The following are ways through which you can prevent diabetes.

Healthy living means healthy feeding, whether or not you have diabetes. However, those with diabetes need to know the foods they should eat, and how much of the food they should consume.

Physical activity is a must for people who intend to prevent diabetes. Exercising makes the muscles utilize sugar to produce energy, making the body use insulin more. Exercises lower your blood level and keep you away from diabetes. House chores such as gardening and cleaning are also important exercises.

Diabetes is a condition that is manageable, all you need to know is how to manage it and how to prevent the illness. So if you have read this entire article you learn what causes diabetes and different types of diabetes. Remember always seek a medical expert when you fee some discomfort. 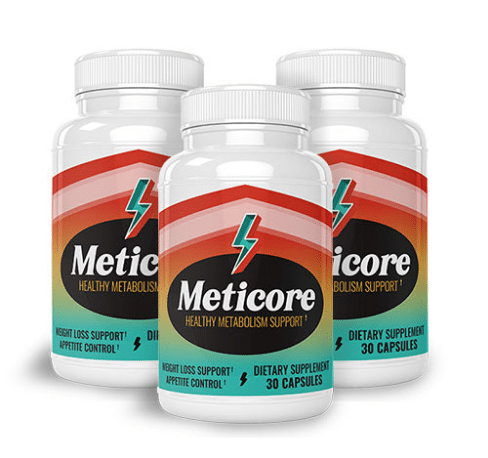 Important Note: Meticore Is Twice More Powerful and you will feel the effect Instantly

Save 90% On Meticore Today Only